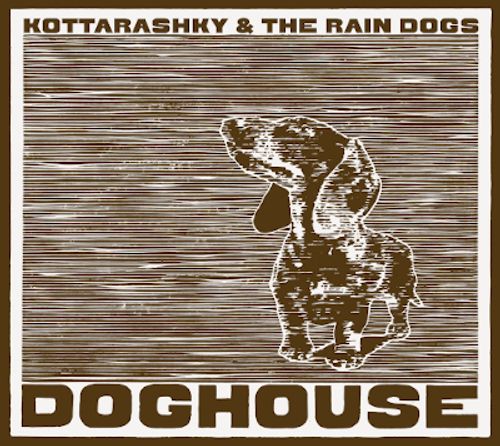 Kottarashky’s debut CD was the brainchild of sound collector and interior designer Nikola Gruev from Sofia, Bulgaria. He experimented by combining his own field recordings with electronic beats and quickly had his first album together. After that, the band The Rain Dogs was born. “Grandpa Hey!” was followed by the groovy “Demoni” and “Cats, Dogs and Ghosts.” But his new music pulsates with dancefloor energy but it also has more vocals than ever before, and features singer Tui Mamaki. Among other songs, the New Zealander sings “Gyuro” accompanied by Asya Andonova and the floating trumpet of Sando Sandov, who also performs seemingly impossible accordion parts. Almost all of the lyrics are traditional, only “Hare Nishto” and “Dogs Out” were improvised in the studio. Kottarashky has uncovered jewels from Bulgarian folklore like “Zalvera,” a little-known song from the Rhodope Mountains about a Muslim girl. He fuses blues, jazz, trip hop, breakbeat, dub and more into a dazzling polyphonic concoction. By working with his excellent live musicians, Kottarashky has further evolved as a band during the pandemic and the tracks sound more soulful and urban without betraying their traditional roots. Kottarashky has never been a ‘Balkan Beats’ conformist, but instead journeys deeply into the Bulgarian cosmos looking for sonic threads to weave into his music, threads that are as eclectic as they are mysterious.