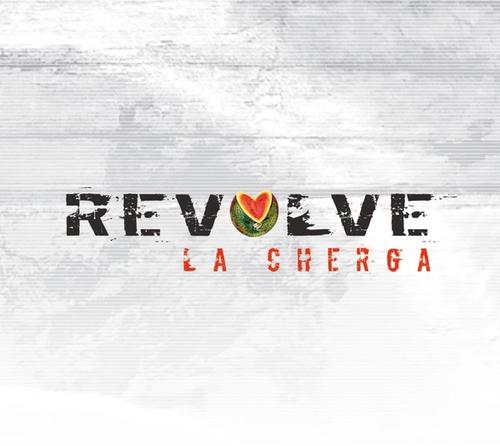 A patchwork of style spanning; dub, Balkan brass, jazz, drum 'n' bass, and soul, laced with a dash of pop.

La Cherga's sound, frequently referred to as a patchwork, a style mix spanning dub, Balkan brass, jazz, drum 'n' bass and electronic, is broadened on "Revolve" to include funk and soul, laced with a dash of pop. Adisa Zvekic from Bosnia, La Cherga's new high-powered frontwoman, is using her extraordinary voice to lead the band into a new era. As its title implies, the album deals with transformations, renewals, it also really does have a little to do with the continuation of the band's own revolt against prevalent stereotypes. The grooving mixture of Eastern European jazz tradition, Jamaican and British dub rhythms, the loop-like arrangements of the Macedonian wind section and powerful, pop-friendly soul vocals - this is La Cherga! At the same time they are not afraid to stir up these seemingly calm waters with in-your-face guitar riffs and driving drum 'n' bass breaks. Always rooted in their home countries of Croatia, Bosnia, Macedonia and Jamaica, La Cherga remain true to themselves and continue to swim against the tide. Every note highlights their own individual interpretation of a post-pessimistic future on the international stage.