Sounds from a bygone Age Vol. 4 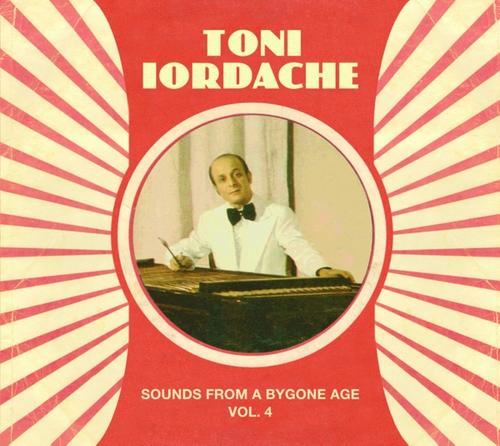 At the age of four Toni Iordache got to know the smaller portable version of the tzambal (cimbalom). Iordache's friend, the trumpeter Costel Vasilescu, remembers their first meeting well: "I met Toni in 1954 in a village on the outskirts of Bucharest. Toni was playing there and everyone was just standing around him and getting scared, because his playing was so insanely good." Iordache was so gifted a musician he soon was sent on tour through many European countries, the USA and Asia as a representative of Socialist Romania. Returning home he often drove from Bucharest Airport straight to a wedding where his band were waiting for him. At the beginning of the 1970s he was arrested for the illegal possession of foreign currency. Apparently he wanted to buy his wife a fur coat with the money he had earned abroad. Even the prestigious orchestra leader Florian Economu couldn't help his soloist at the trial when he spoke up for him: "We have three giants in Romania, Nicolae Ceausescu (head of state), Ilie Nastase (Romanian tennis champion) and the tzambal player Toni Iordache! Do you really want to convict him for a few dollars?". Toni Iordache was famous for his complex solos, a gifted ensemble player, who enriched many melodies with oriental elements and sophisticated rhythms. For him the technique of playing the tzambal was not solely one of speed; his sensitive touch, immense skill and imaginative verve marked him as a master amongst Lautari. Seriously ill with diabetes, Toni Iordache died in February 1988. Dan Armeanca, the godfather of Romanian Gypsy pop, states: "Toni was a genius on the tzambal, ones like that are not born twice. He respected tradition, but even back then he allowed jazz influences to sound through. He gave us young musicians courage due to his musical audacity." This album contains several Iordache instrumentals alongside recordings with the Lautari singers Gabi Lunca and Romica Puceanu.