It Wasn't Hard To Love You 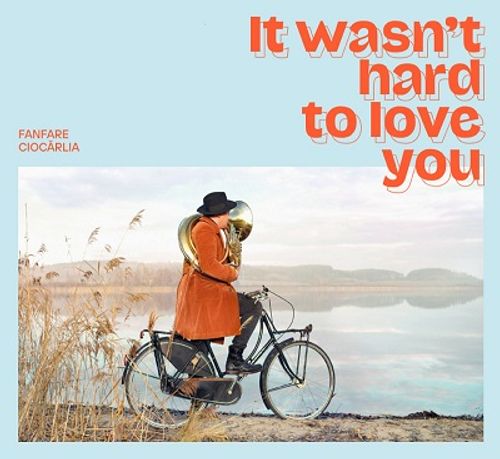 A seemingly endless and bumpy road meanders past rolling hills that do not want to be called mountains - somewhere in northeastern Romania near the Moldavian border. Past houses that Chagall has thrown into the landscape at random, standing crooked and audaciously colorful in the mud, their windows gazing wide-eyed at passersby. At some point, the traveler makes a last hard left turn and, after traversing another gravel road, finally reaches the birthplace of one of the most incredible recent phenomena in brass music: Zece Prăjini, the place where it all began for Fanfare Ciocărlia. Here, in 1997, 12 musicians set out to conquer the world with deep pressure blasts from tubas and tenor horns intermingled with wild cacophonies of trumpets and saxophones. To unleash the joyful power of Eastern European brass music into the world - that was the idea! The seriousness of their mission was preserved back in 1998 on their first album release with a quote from senior trumpeter Radulescu: "... just wait and see - at some point we‘re going to play on Mars". Since this momentous statement, the band has traveled millions of kilometers on countless tours in their attempt to reach the red planet.

Nothing needs to be rewritten about their music either. Fanfare Ciocărlia's unparalleled talent for alloying their Balkan brass with dashes of jazz, pop and rock, all performed with mad precision at breakneck tempos, has given them cult status and made them a permanent fixture in the music scene ranging from punk to classical. Two and a half decades, thousands of shows and 9 studio albums later, Fanfare Ciocărlia were at the pinnacle of their career when a pandemic shocked the world. This unprecedented event has meant the same for them as it has for millions of other artists around the world: an abrupt stop to all work. And while the world seemed to be at a standstill, the band's many fans became active and helped them to complete their long-planned 25th anniversary album with financial support and words of encouragement. Now the results can be heard: "It Wasn't Hard To Love You" is a musical ode to Fanfare Ciocărlia's legions of fans. It is the latest chapter in the story of a big band from a small village, a band that wants to put smiles on people's faces, and a band that yearns for a long future of thrilling concerts extending deep into the night.